Big Green Up in Smoke? 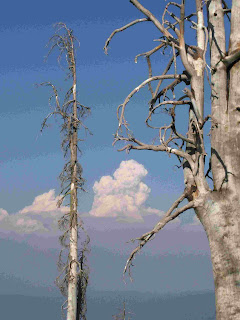 BIG GREEN UP IN SMOKE?﻿
The Recreation HQ believes the election of 2010 delivered a gut-punch to the Big Green Agenda. Here at HQ, The General is still trying to understand exactly what the national electorate said. However, HQ will try and give you a short initial overview of how the election might impact OHV recreation and access to public lands.

The key Big Green or Big Pork or Big Global Warming incumbent losses include Tom Perriello, Richard Boucher, Ike Skelton, and Jim Oberstar. The Oberstar and Boucher losses generated both a political and real 9.0 earthquake that was felt here at the HQ.

HQ believes that these aforementioned incumbent losses combined with the newly elected Tea Party-backed conservatives is a clear mandate to clean-up Washington, push the reset button on massive federal spending programs (including Big Green initiatives), and hold all federal agencies accountable including the EPA, FS, and BLM.

HQ believes it is safe to say that this new Congress will be inclined to support responsible access to public lands v. the old Congress where land closures, land acquisition for non-motorized use, and vehicle restrictions were the order of the day.

It will be interesting to see how this election changes the national land-use equation.


Thanks for your service!
Posted by Don Amador at 6:36 AM