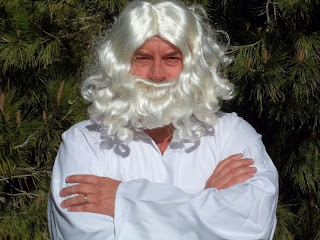 10- After watching Why We Ride, a nationally recognized conservationist embraces the concept of managed OHV recreation as a legitimate and important public use of federal land.

8- The Forest Service adds a new classification of trails to travel management to address the growing use of SxS on public lands.  In fact, the agency starts to purchase said vehicles for official use by resource specialists, recreation staff, and law enforcement.

6- East Bay Regional Park District changes its anti-OHV stance and sites an all-electric OHV park on the outskirts of Oakland.   The District offers this 15 acre unit as mitigation for their unsuccessful efforts to block OHV use on the Tesla property purchased in the mid-1990s with OHV Trust Fund monies for motorized recreation.

5- The internationally recognized animal expert and zoo curator, Jungle Jack Hanna, submits a proposal to the USFW Service to help them avoid listing the Greater Sage Grouse as a threatened species.   Hanna’s plan to build and operate 10 strategically located grouse breeding farms would enhance the grouse population.  The Service takes the proposal under advisement.  Congress reviews it as well.

4- This year marks the creation of the IronRider Race.  It is loosely based on the concept of the Ironman
competition where the event participant utilizes various sport modalities during the course of the race.
The IronRider is a 1,000 mile epic challenge.  It is divided into 10-segments of 100 miles for each of the following vehicle types.  Those specific motorized modalities are a dirt-bike, SxS, snowmobile, dual-sport, SUV, rock crawler, ATV, adventure bike, full-size 4x4 pickup, and electric OHV.

3- A motorsports enthusiast in a mid-West state sets a Guinness World Record for belonging to the most powersports-related organizations.   This person is a member of 115 local, state, regional, and national OHV groups.  The donor believes it is important to lead by example to show others that it is important to support those groups that defend responsible OHV use.

2- Tech guru invents heat-resistant micro-chip based sound reducer that when installed in a muffler will emit sound waves to cancel-out exhaust sound.   The product results in a new generation of light weight sound compliant mufflers.

1- A new attorney – who is an avid OHV enthusiast – is hired by the Center for Biological Diversity.  She convinces CBD to reconsider its anti-OHV litigation strategy because it is unwarranted and counterproductive.  A “can’t we all just get along” motto is adopted at the Center.  The OHV community and many land managers hail this decision.

Bonus Prediction - A new reality TV series is launched called Trail Dynasty.  It is centered on the life and activities of a senior A enduro rider and his family.   It stars the A enduro rider, his wife, two sons, and one daughter.They also have two dogs and a cat.  It is nominated for an Emmy after just 5 episodes.

The Recreation HQ is Closed between Dec. 21- Jan. 1 - We will reopen on Jan. 2.  Merry Christmas and Happy New Year from the HQ!
Posted by Don Amador at 6:52 PM No comments: 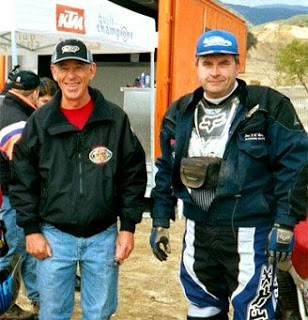 After experiencing the new movie – Why We Ride – yesterday at its Sacramento debut, I did not get much sleep last night because I was so pumped up by the film and was looking forward to sharing my thoughts about it with you today. 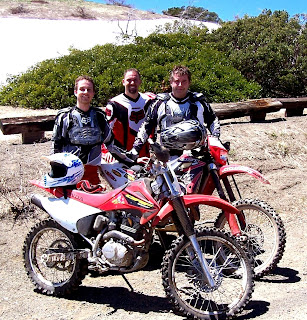 Memories - Riding with my son, Jonathan, and his friend, Robby Edwards

I don’t want to give away too much of the movie.  However I can tell you that for us motorcyclists, the film explores, explains, and captures the very essence of what it means to be a member of the motorcycle family.  It takes the viewer on a journey through time.  From the sport’s humble beginnings where racers competed on wooden tracks in 1905 to family motorcycle campouts at OHV areas, the movie delves into the people of the sport.   It is cinematic MRI that unveils the passion we feel for the sport. 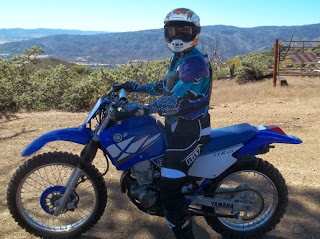 Who should see this movie?

Motorcyclists – It is preaching to the choir.  Bring some Kleenex for those warm tears of joy and happiness.

Future Motorcyclists – It provides the elements needed to germinate that dormant “motorcycle gene” that might be part of your DNA.

Land Agencies – It is a must see for agency recreation staff, line officers, and specialists who are involved in managing OHV recreation.  It will help you understand the people who enjoy off-road motorcycles.

Stakeholder groups – For environmental organizations, conservation groups, outdoor industry, and media, it will help you better understand (and maybe even appreciate) the passion  we feel when riding on trails, carving canyons, touring, camping with the family, or participating in a permitted event. 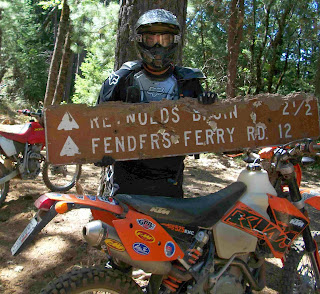 Here is a link to the movie trailer
http://www.youtube.com/watch?v=AxGNI4jpzL4

Find out where it is playing and see it live (or get it for a club or org. viewing)
http://whyweridefilm.com/screenings-videos.html

Purchase DVD Here (it will also be avail. at MC shops)
http://www.amazon.com/Why-We-Ride-Kenny-Roberts/dp/B00GHYIQ18/ref=aag_m_pw_dp?ie=UTF8&m=A3LQ2KBQZVPHG4 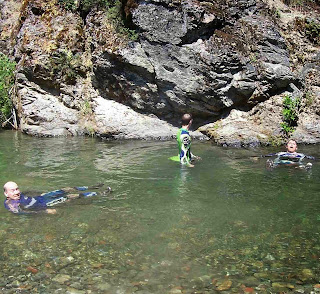 Memories - Cooling off after death trail ride in 113 degree heat

Posted by Don Amador at 7:09 AM No comments: 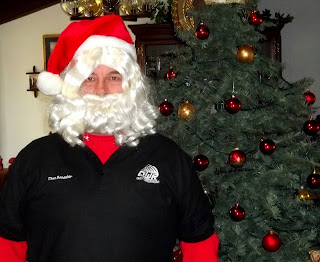 Before your Trail Santa can leave the Recreation HQ to deliver Christmas presents to the OHV community, he needs you to attend the CARB/Red Sticker Meetings next week in Fresno and Diamond Bar.

As many of you know, the CA Air Resources Board has started a 2 year project to review/analyze both the evaporative and exhaust emissions from the “Red Sticker” family of off-highway motorcycles.

I attended the 1st of three public scoping meetings that ARB is holding throughout the state.  There was solid representation in Sacramento from the MIC, OHV Division and Commission, and user groups. The next two meetings (with directions) are listed below:

Having worked through the 1997 red sticker debate/fight where the concept of a functional ban of 2-strokes was being considered by the regulators, I was pleasantly surprised by the collaborative and cooperative attitude of ARB staff.  They stated that a BAN as a solution is not being considered nor is it a goal. As a side note, several of them are avid motorcyclists.

ARB staff made it clear that they want to work with us (OEMs, aftermarket, dealers, user groups) in this review process with an end goal of presenting (Dec. 2015) the ARB board with some “common sense” proposals to address red sticker motorcycle emissions with a special focus on evaporative/diurnal emissions.

They are asking for our help via information as to red sticker usage, percentage of 2-strokes vs. 4 strokes, MX/closed course vs. amateur events on public lands, etc.  They are also looking for cost-effective and non-bulky engineering ideas such as small in-frame charcoal canisters, one way check valves, non-permeable plastics/tanks, etc. to address diurnal emissions.  ARB is also looking for suggestions related to their testing parameters.

They will also be analyzing the red sticker issue in a holistic manner by looking at new mitigating factors such as most ATVs now have stringent EPA-mandated emission controls, growing number of red sticker motorcycles that use fuel injection/closed fuel systems,  low emission 2-stroke oils, etc.

ARB staff is also interested in the current economic state (i.e. sales) of red-sticker motorcycles and related industry. Could new regulations kill production of youth motorcycles?  I think it will be important for them to hear from dealers and others on this particular issue.  It seems they are under the impression that off-road motorcycle sales are going gangbusters when just the opposite may be true.

Although this project is mostly focused on analyzing red sticker motorcycles, they plan to test some green sticker motorcycles as a control group.  These initial scoping meetings are just the beginning of the process and I strongly encourage red sticker-related stakeholders to get engaged with this process.  It is a rare item for a regulatory agency to undertake this sort of user-friendly approach.

The proof will be in the pudding (or gas tank in our case) on just how collaborative this process will be.  But for now, we should get engaged and offer our ideas/solutions related to the red sticker program/vehicles.