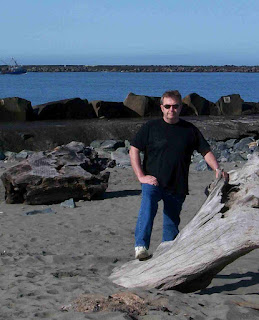 The Recreation HQ believes the recent arrest of Ron LeValley and other associates of Mad River Biologists for embezzlement of over $900,000 dollars will call into question all of the closure-oriented land-use projects this group has been involved with since 1982.

Affidavit for LeValley and Others
http://extras.times-standard.com/multimedia/pdfs/YurokSWsandRameysPC.pdf

According to Dennis Mayo, founder of Open Beaches and Trails, “Mad River Biologists have been at the center of most recreation-based public land closures in Humboldt and Del Norte Counties for the last 10-15 years. At Clam Beach, I tried to warn county and state park officials that this biology firm was using politically motivated ‘science’ that actually was harming the Snowy Plover by insisting on vehicle and equestrian bans instead of focusing on predator controls.”

In another article, it appears that LeValley was involved in a 2009 cover-up regarding the killing of a Blue Whale off the Northcoast of California.

HQ believes this story is much larger then the “Lynx Hoax” that hit a few years ago.

HQ believes the arrest of LeValley and others will call into question the scientific credibility of all research projects and other efforts that LeValley and Mad River Biologists have been involved with since 1982. Those projects and agencies include the Northern Spotted Owl, BLM, FS, California State Parks, California Resources Agency, Pacific Flyway, Plover-related beach closures to vehicles and other public uses, and implementation of the Marine Life Protection Act on the Northcoast.

Many of you will remember back in 2010 when HQ warned readers that the proposed state park vehicle tax would actually be used to fund politically motivated land and sea closure programs such as the MLPA and its parent organization.

This issue also exposes the soft and corrupt (and lucrative) underbelly of the unholy alliance that exists between some environmental groups, scientists, academia, and government agencies.

Be assured that HQ will be following this story. 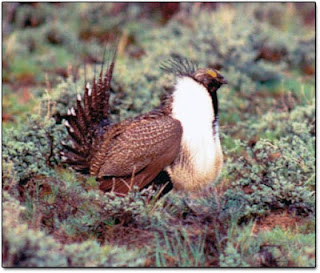 A recent court decision in Idaho that found various cattle grazing allotments on BLM lands to be illegal because they may harm the Greater Sage-grouse reminded HQ again of similar claims made against the timber industry regarding potential harm to the Northern Spotted Owl (NSO) during the Timber Wars (circa 1992-2000) in the Pacific Northwest.

Western Watersheds Project – They are plaintiffs in the aforementioned lawsuit
http://www.westernwatersheds.org/

In the Timber Wars, OHV was not the stated target of the green anti-timber organizations. However, OHV trail use and events on federal lands have either been banned or severely restricted based on NSO/ESA-related lawsuits or threats of lawsuits.

In Cattle Wars, HQ believes that OHV recreation will be viewed by federal officials and courts as “acceptable” collateral damage as the green conflict industry seeks to put cattle ranchers out of business.

HQ believes history is proving that non-timber factors such as the natural migration of the barred owl (a cousin of the spotted owl that both eats or cross-breads with the spotted owl, etc.) is to blame for the decrease in NSO populations vs. the need to put the timber industry “out-of-business” on federal lands.

Article on Shooting Barred Owls (because timber industry shutdown did not work)
http://www.oregonlive.com/environment/index.ssf/2011/02/make_this_call_in_the_wild_sho.html

With ranchers in 10 Western states now targeted for extinction by agenda driven extreme environmental groups, HQ believes that OHV recreation should be ready to construct an administrative and legal blast shield to protect us from political bombs dropped on the cattle industry. 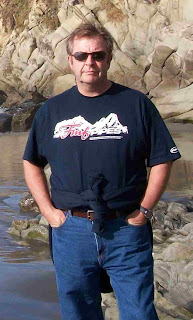 As an OHV representative during the public process and associated appeals (circa 1998- 2004) connected with the 2004 Sierra Nevada Framework, I had many concerns about goals, objectives, and success of this “landscape level” planning effort. It started off on a bad foot for OHV recreation and recreation in general because those uses were not even addressed in the plan.

In fact, BRC’s concerns were so grave that it filed an appeal of the plan – see appeal info at this link
http://www.sharetrails.org/news/2001/04/16/coalition-files-appeal-says-sierra-framework-decision-flawed

HQ has not had time to do an exhaustive review of the decision, but my initial response is the court has exposed the soft underbelly of landscape level planning efforts. Other such efforts include the new greater sage-grouse program in 10 Western states, the 2005 TMR, and the FS’s new planning rule.

At the end of the day, these big gulp planning efforts are doomed to failure because they will be challenged by the green-conflict industry where the taxpayer gets hit three times. The first whack is when the taxpayer has to fund these massive planning efforts. Second, is when they have to pay the court costs associated with defending the plan. And last, but not least, is they have to pick up the enviro’s legal bills. 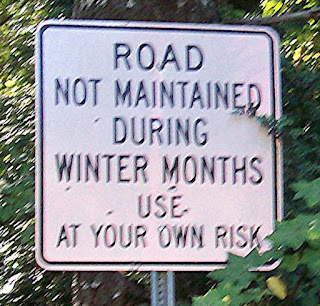 In my travels to other parts of the country, I often get kidded about living in California (people think it is a strange place). Actually, I am proud to be a native Californian who was born and raised up in Humboldt County.


There are not too many areas (or issues) in this country where I have seen environmental groups, conservation organizations, mtn. bike, and OHV interests come together to petition a local government to keep a road open for vehicle access.

Yet, that is just what happened recently in Yolo County regarding the proposed abandonment of Road 40 (aka Rayhouse Road). Several weeks ago, HQ issued an alert on that subject which included a letter from BRC to Yolo County.

According to the local conservation group, Tuleyome, the county staff is recommending to the county planning commission that Road 40 remains open for public use. HQ believes that decision was influenced by diverse interest groups (e.g. Tuleyome, Sierra Club, BRC, IMBA, Audubon Society, et al) coming together to champion continued access to public lands.

This issue will be heard by the planning commission on February 9.

HQ thanks all those who participated in this process.