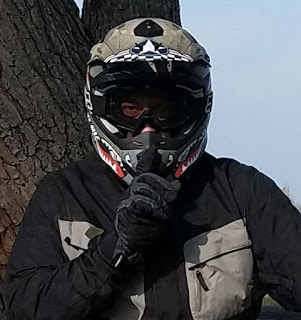 According to the California Air Resources Board (CARB) update on Proposed OHRV Regulatory Amendments presented at the California Off-Highway Motor Vehicle Recreation Commission
Meeting held in Palmdale, California on March 1, 2019, today starts a 45-day public comment period on their PROPOSED AMENDMENTS TO THE RED STICKER PROGRAM FOR OFF-HIGHWAY RECREATIONAL VEHICLES.

LINK TO CARB 78 PAGE PROPOSED AMENDMENTS TO THE RED STICKER PROGRAM FOR OFF-HIGHWAY RECREATIONAL VEHICLES (scroll down to staff report on webpage)
https://ww2.arb.ca.gov/rulemaking/2019/redstickeramendments

Having worked on various iterations of the “Red Sticker” issue over the last 20 years, I wanted to share my 30K ft. view and initial reaction to a quick read of the 78 page CARB staff report.

First, I and other OHV stakeholders have appreciated the collaborative and cooperative attitude of CARB staff since this particular process started in 2013.  Over the years, they stated that a BAN of competition motorcycles is not being considered nor is it a goal. CARB staff had also made it clear that they want to work with us (OEMs, aftermarket, dealers, user groups) in this review process with an end goal of presenting the CARB board with some “common sense” proposals to address red sticker motorcycle emissions with a special focus on evaporative/diurnal emissions.

Over the years, motorcycle competition stakeholders have stated – to both the EPA and CARB - that “practice riding” (building strength and muscle memory, tuning the motorcycle, learning to navigate in various terrains, etc.) on both public and private lands is a critical component of competition motorcycle riding just as practice driving is important to long-distance trophy truck racers and similar non-motorcycle competitors.

Unfortunately, it appears our efforts to communicate the importance of riders having access to meaningful practice for competition events on private, local, state, and federal lands is not being captured by EPA and CARB.

At this point, I believe the collective weight of the proposal could have an unintended and devastating impact on competition events, riders, and other related stakeholders including land management agencies in the State of California.

Competition motorcycle events (and practice) on public lands such as enduros or trials on Forest Service lands and GP and/or Hare Scrambles at BLM areas or state park units have been - and should continue to be -legitimate, appropriate, and important activities on public lands.

As some of you know, there is a growing national movement of public land-based competition events being relocated to private land venues.  This reality in many parts of the country is being driven by a number of compounding factors which include; excessive government permit fees, burdensome red-tape permitting process, and complicated stipulations associated with trying to run an event on public lands.

My concern if the report is adopted as written is that it could be the “regulatory straw” that breaks the competition “camel’s back” by driving legitimate competition use and practice off of public lands and onto private lands. Rather than being an environmentally sound proposal it could pave the way for functional deregulation (no sticker fees to cover OHV-related resource management, LE, restoration of damaged lands or VIN#s) of competition vehicles which have been (and should continue to be) an important OHV partner that stands in support of sustainable OHV recreation management on public lands.

Driving competition events and practice off of public lands is not acceptable.