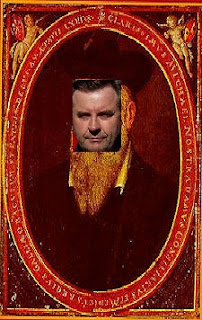 10 - Off-roaders and mountain-bikers unite to fight against several Wilderness bills in UT, MT, and ID.


9 - FOX News does a fair and balanced feature story on managed OHV recreation. It is so interesting and factual that Bill O’Reilly sends his producer, Jesse Waters, to do a follow-up story at the Imperial Sand Dunes and Oregon Dunes National Recreation Area.

7- The Forest Service realizes the 2005 Travel Management Rule has created more problems then it solved. The agency withdraws the rule and allows each Forest to decide when to develop travel plans. Trails that meet the Montana 3-State EIS criteria are grandfathered in as “designated” system trails.

6- After Romney wins the GOP nomination; Newt Gingrich changes his position on Global Warming and cuts a new ad with Al Gore where they both embrace the need for “cap and tax” legislation. The video is shot with both men sitting on a bench carved out of old growth redwood to illustrate carbon sequestration.

5 - A major Wilderness organization starts its own “OHV” group. It claims to represent off-roaders who believe the best way to protect OHV recreation is to ban it.

4- A well-known “jeep-type” tour guide on the Rubicon Trail decides to switch vehicles and start using highly modified side x sides. This new venture starts a national debate on which vehicle -- side x side v. “jeep-type” -- is the better and more reliable trail rig. Blogs explode with opinion.

1- Mitt Romney wins the GOP nomination for president and selects Jon Huntsman (a dirt-biker and SX fan) as his VP. Both attend several off-road events and speak to the crowds. 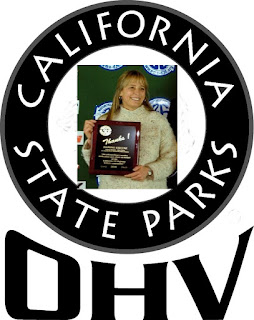 As someone who has known and worked with Daphne Greene since the late 1990s, I felt it was important to try and articulate what she has meant to the OHV program and larger community. That is why I submitted an Op-Ed to the SacBee.

I also want to thank all of you who worked hard sending in support letters to the Governor’s office asking him to retain her. Remembering that her position is a political appointment and that “all land-use decisions are political decisions” – I really don’t know what is going to happen over the next few days regarding her reappointment or the appointment of somebody else to that position.

Be assured the thousands of letters from OHVers, staff from sister land agencies, local elected government officials, state park employees, industry, and others have made a large impact on the administration.

Thanks for your continued support of responsible OHV recreation and their managers.
Posted by Don Amador at 6:21 AM 3 comments:

Merry Christmas and Happy New Year to HQ members.  HQ will be closed Dec.22-31 and will reopen on Jan. 1.  However, if there is breaking news, HQ will fire up the control set and get info out.
Posted by Don Amador at 7:17 AM No comments: 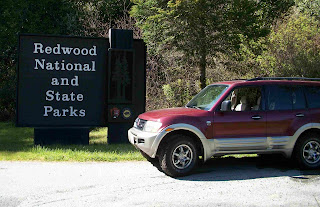 I know Coleman and have worked with her department on many issues and I too like her on a personal level. However, I believe Coleman’s greatest weakness was her inability to make the non-motorized units of State Parks relevant to Californians in this day and age of decreased budgets and low visitor usage.

Rather then make the non-motorized state park system relevant (which should have included converting several of them to SVRAs), it appeared that Coleman, some non-profit foundations, and the legislature relied on the OHV Trust Fund (and a bogus statewide fee initiative that was rejected by voters) as an easy crutch to prop up a broken department.

Just what the Governor does with the Coleman and Greene appointments will be a signal as to the longevity and/or viability of either program. Will Coleman get support letters coming in from politicians and user groups, as is the case with Greene? (see below examples)

As many OHVers get ready to take a few days off to enjoy the holidays, it appears that some of us will have to monitor events in Sacramento. OHV politics does not respect any holiday season including Christmas.
Posted by Don Amador at 12:10 PM No comments:

HQ does not want to waste your time with an extensive recap of the past week’s news that Daphne Greene (Dep. Director for the CA OHV Program) was given a termination notice by the Governor’s Office. December 31, 2011 is currently her last day on the job.


While state and national OHV groups reviewed this issue last week (a smart thing to do in politics), there arose a massive grassroots movement led by YOU – the OHV enthusiast.

OHVers starting sending in letters to the Governor's Office and made phone calls as well. Local legislators were also contacted. As noted in the SacBee article below, OHV Commission Chairman, Eric Lueder, sent in a strong letter of support for Greene’s reappointment.

HQ believes that unlike most political appointments, the Governor does not have an immediate replacement already selected. In fact, his office may be open to Greene’s reappointment if the OHV community makes a strong case on her behalf.


If you are a rider, club leader, environmentalist, OHV business, conservationist, or fellow land manager, there are several ways you can make your views known to Governor Jerry Brown and other state officials.

1 – Send a short (they are most effective) letter of support for Greene’s reappointment to:

3 – Send a copy of your letter to State Senator Joel Anderson. He will hand carry your letters to the Governor.

Let’s turn this potential OHV-related “Lump of Coal” into a Christmas Miracle.
Posted by Don Amador at 10:44 AM No comments: 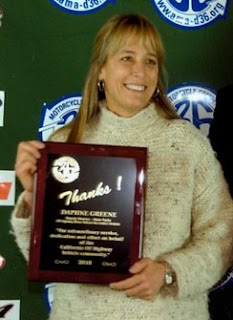 OHMVR's Daphne Greene
HQ has a motto that “All land-use (and staffing selections) decisions are political decisions.” Well, that axiom came to life yesterday via the announcement by Daphne Greene, deputy director for the California OHV Program at State Parks, that she is being replaced on December 31 by another Governor’s appointee. That news sent a violent shockwave through the OHV community.


During her tenure of almost 8 years, the OHV Division went through a number of much needed reforms that improved all aspects of the program. Some of those milestones include; streamlining the grants program, improving the wildlife habitat monitoring, fiscal accountability for the OHV Trust Fund, creating new soil standards and guidelines, opening new OHV areas, funding important trail restoration projects, and the list goes on and on.

As OHV leadership continues to assess this new political development, I believe that we will learn a lot by the person who is appointed to take over Daphne’s post. HQ hopes the Governor will appoint somebody that will continue Daphne’s legacy of accountability, environmental stewardship, and commitment to the program and the community it serves.

Stay tuned for future developments on this issue and during this Christmas and Holiday Season let’s give thanks for Daphne’s (and her staff) unwavering commitment and service to you and your family’s favorite form of outdoor recreation over the last 8 years.

OHV HISTORY LESSON FROM THE DARK AGES
BRC News Release in 2005 –Describes How the anti-OHV Commission was abusing their position and power to corrupt the OHV program and steps the OHV community was taking to address that issue.
http://www.sharetrails.org/news/2005/12/14/ohv-groups-call-disbandment-ca-ohv-commission 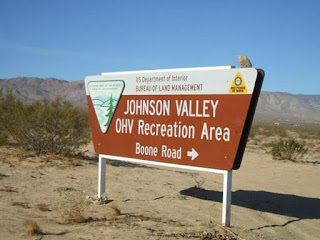 HQ believes the AP story today about the Marines downsizing and becoming more of a sea-based military operation could cast doubt on the entire planning process of their proposal to close a significant portion of the Johnson Valley OHV Area for massive land invasion-type training exercises.

In my comment letters for BRC (I am their western representative), BRC pointed out that holding massive landscape level invasion practice did not square with the modern 21st Century battlefield where smaller multi-force integrated units was our future.

Blog on BRC Comment Letter and other info
http://thegeneralsrecreationden.blogspot.com/2011/05/brcnational-groups-comment-letter-on.html

HQ believes the Marines new sea-based focus combined with the national debt crisis might spell the end for the JV proposal that many of us felt was ill advised and unwarranted. Watch for many twists and turns in the JV saga this year.
Posted by Don Amador at 5:49 AM 1 comment: