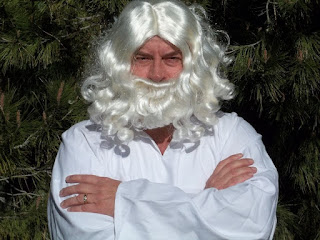 *After a long hiatus, Donstradamus is back making his OHV recreation predictions for 2022.

10 - The COVID-related explosion in public land recreation and resultant sales increase in OHVs inspires state and federal land agencies to devote more resources to manage roads, trails, and facilities for both casual use and permitted competition events.

9 - Firefighting agencies will add recreation and trail specialists to their interdisciplinary teams to help them better identify ingress and egress routes that can be used by firefighters and resource professionals to manage wildfires in the West.

8- Federal land agencies address challenges created by both the growing popularity of electric Adventure motorcycles with limited range and the lack of recharging stations in remote backcountry areas by installing solar powered charging stations in campgrounds and decommissioned work stations or lookouts.

6- The CA Air Resources Board reverses current effort to ban fossil fuel powered outdoor equipment such as generators, chainsaws, and OHVs after an articulate and passionate presentation given to them by rural powersports dealers,  mom and pop gas station owners, RV industry, OHV consultants, and forest/grassland pre and post wildfire mitigation experts.

5- Tech giant and international businessman, Elon Musk, assigns team of engineers and scientists to research and once-and-for-all solve the infamous “jeep death wobble” after reading about numerous complaints on various 4-wheel drive blogs.  Musk states this task might be his most difficult challenge and he is committed to find a solution.

4- Off-road racing champion partners with Kim Kardashian to create a new body spray that captures the scent of sweat, chain lube, and forest loam for use by customers who don’t have time to ride but want to smell like they did.  Sales soar with Generation Z and Generation Alpha customers.

3- A software company hires a number OHV advocates to create a video game where participants pretend to champion OHV issues in the following venues; state legislatures, land agencies, Congress, counties, and social media.  The gamer is considered a winner if they score a victory in any of the venues.