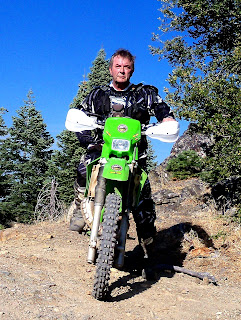 JOIN the Fight - Be a Force for Good

Last year at this time, I was inducted into the Off-Road Motorsports Hall of Fame where I joined fellow inductees, Malcolm Smith, Ed Waldheim, Clark Collins, Del Albright, and many others.  I was humbled and deeply honored by Dave Pickett as he gave my introduction to the ORMHOF.  Thanks also to the riders who cut short clips for use in the video below!

My Induction Video – A Force for Good (short segments from OHV and Industry Icons)
https://sharetrails.org/don-amador-hall-of-fame-video/

On October 30, the ORMHOF will be inducting the Class of 2017 - - Dave Ekins, Cliff Flannery, Bob Gordon, and Bill Savage.  I want to send them sincere congratulations.

At the event, I told the ORMHOF that I GOT INVOLVED BECAUSE I DIDN’T LIKE SEEING TRAILS CLOSED and I fight because I want current and future generations to have the same joy on the trail that I had growing up.

I also thanked BRC for giving me the opportunity to represent them for the last 27 years.  I wake up every day with the fire in my belly to fight for trail access.

As part of the run-up to the ORMHOF event, I want to urge those OHVers who are not members of the BlueRibbon Coalition/Sharetrails.org (BRC) to JOIN.  BRC champions access to sustainable trail-based recreation on federal lands throughout the country.

As you know, memberships are the lifeblood of any organization especially non-profit OHV advocacy groups such as BRC.

If you are not already a BRC member, you can join either at the 1 year premium level and get  a Trail Tech discount card or take advantage of the special 2 year membership offer that is co-sponsored by Rocky Mountain MC/ATV where they send you a $25 dollar gift certificate when you purchase a 2 year membership.

Also, I urge you to send in a donation to the ORMHOF in support for their long-standing efforts to recognize and honor icons and heroes of the off-road community.

Thanks to the ORMHOF for all they do and to all of you who support OHV recreation on public lands!!!

Posted by Don Amador at 8:22 AM No comments: