The recent CA OHV Commission meeting/tour in the LA area made me Trail Proud and highlighted why the OHV community (consultants, clubs, lobbyists, industry, partners, supporters, agency, advocates, et al) should take pride in how this highly popular outdoor activity has matured over the last 30 years into a sport that has effective professional and volunteer representation at the grassroots, administrative, legal, and political levels. 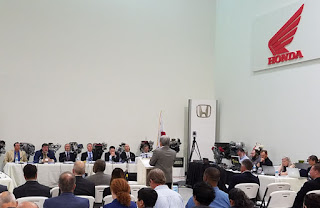 I feel it is important to share with you my quick takeaways from the last two days.  So, I will break them down into a few of the most important topics.

Reauthorization of the CA OHV Program – OHV’s collective efforts over the last 7 months was acknowledged by legislative leads from State Parks and the Governor’s Office when they stated for the record that the administration could simply not support Senator Allen’s SB249 as written because it was too complex and had too many unachievable requirements.   Instead they are using the current SB742 language as the basis for reauthorization and meeting with Senator Allen to review potential language that might address his concerns without destroying the program.  We should see the results of this effort over the course of the next two weeks as the legislative sausage-making draws to a close for 2017. 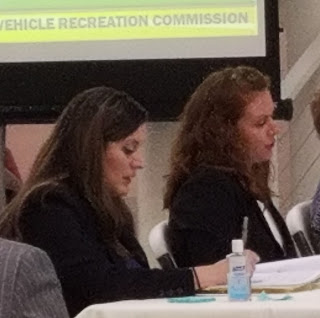 State Parks Transformation Process - As many of you know, there has been an ongoing process over the last 2 years or more by State Parks to try and modernize the State Park System (both motorized and non-motorized units) to make it more streamlined, relevant, and responsive to the public.  27 years ago when I started my OHV career, the OHMVR program was considered more of a bother than an important member of the Parks’ family.  Based on that past history, many in OHV had concerns that the OHMVR Division/Program would lose its identity and specialized skills if it was integrated into the “Family.” 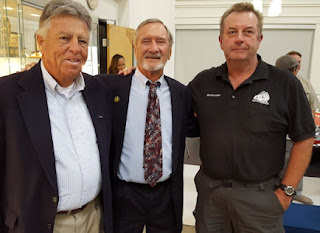 To Parks’ credit, their leadership listened to those concerns and made a substantive effort to learn about how OHV recreation (and our powersports sister agency – Boating and Waterways) has become a critical and important factor in the statewide recreation opportunity spectrum. 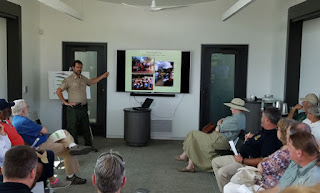 In fact, commission and executive staff from the CA Department of Boating and Waterways were at the OHV commission meeting/tour.  This represents Parks’ commitment to cross-pollenate (i.e. better appreciate and utilize) the skills, staff, and other resources that exist in the various motorized and non-motorized State Park programs. 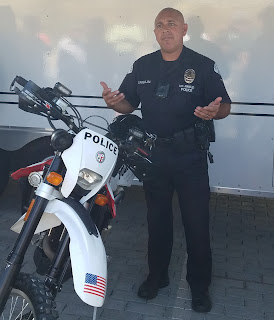 The commission tour and meeting which largely featured how Parks (both motorized and non-motorized) is working to achieve those aforementioned transformation goals and objectives. 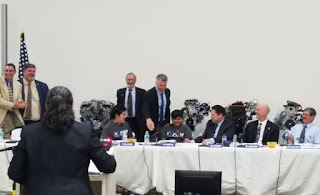 Youth Movement – The meeting/tour also highlighted how OHV recreation and Parks is playing an important role in serving the children and teens of South LA.  Attendees had the privilege to tour the Challenger Boys and Girls Club in South LA and see the many youth development programs they manage.  One of those programs is the National Youth Project Using Minibikes (NYPUM) that uses small dirt-bikes to teach self-esteem and life values. 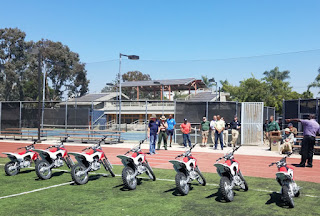 MYPUM was founded in 1993 and is supported by the American Honda Motor Company.  It is managed by the Robert F. Kennedy Children’s Action Corps in Boston, MA.

We also learned about a recent field trip where youth from the NYPUM program got to ride dirt-bikes at Hungry Valley State Vehicular Recreation Area… they had a blast!

Closing Personal Observation – It was sort of an emotional time for me at the commission meeting that was being held at the Honda Museum since it was several of their Rider Education Program leads (Paul Slavik and Charlie Keller) in the early 1990s that helped mentor me in the early part of my OHV advocacy and trail stewardship career. 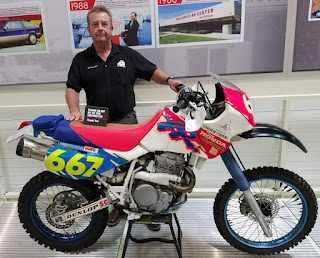 Over the years, I put a lot miles on a non-factory version of this Honda XR600

As a member and former chairman of the OHV commission (circa mid/late 1990s), I was proud of that oversight body’s growth and professionalism over the years that was noted by several folks I talked with at the meeting.  I also want to commend Commission Chair Cabral, other commissioners, agency staff, and partners for their ongoing efforts to champion environmentally sound OHV recreation for current and future generations.

OHV must remain ever vigilant.  But on occasion, it is important for us to celebrate the many positive steps that we have accomplished over the last 30-50 years.

Posted by Don Amador at 9:26 AM No comments: