Don't Use Recreation Access as a Political Pawn in Shutdown Battle 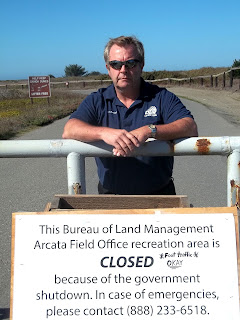 DON’T USE RECREATION AS A PAWN IN SHUTDOWN BATTLE

If a shutdown occurs, outdoor recreationists could face a loss of access to federal lands. We all remember the shutdown in 2013 where OHVers and others were met with a confusing array of closure signs and inconsistent messages/enforcement. 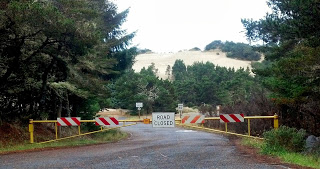 2013 Shutdown Gate Closure at OR Dunes NRA
Photo Credit: Save the Riders Dunes

The 2013 shutdown forced the BLM to cancel an AMA sanctioned motorcycle event.  On another unit, a scheduled cleanup day sponsored by OHV enthusiasts was cancelled.

Should we expect that, once again, “closed to the public” signs will be put up at the entrances to many, if not most, developed campgrounds on FS and BLM lands?  Some units could also post closed signs on the trails.

Although federal recreation programs get a tiny portion of the budget, they are what the public sees and uses.  Regardless of who is in political power, elected officials should not use agency recreation staff and the users as political pawns.

Let’s hope that they find common ground and avoid a shutdown.


Don Amador writes from his office in Oakley, California on OHV recreation and land-use issues.  Don has 28 years of experience in OHV-related recreation management and advocacy.  Don is President of Quiet Warrior Racing, his recreation consulting business.  Don is a contractor to the BlueRibbon Coalition/Sharetrails.org where he serves as their Western Representative.  Don was a 2016 inductee into the Off-Road Motorsports Hall of Fame.


Don may be reached by email at:  damador@cwo.com

OP-ED - I Have a Trail Dream 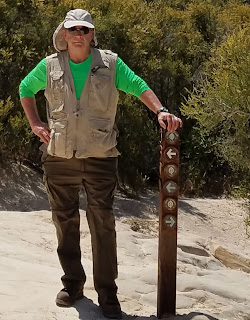 I HAVE A TRAIL DREAM

In 2001, I wrote an op-ed entitled; I Have a [Trail] Dream.   My dream back then was that someday all trail users will get along and respect each other's personal choice of recreational activity.

I had a belief there are many places where diverse recreational interests have and do manage to use public lands in a cooperative fashion.  That opinion was based on my personal experiences riding multi-use trails in places such as Moab, UT, and the Tahoe National Forest in CA.

That post 1990s-era “Timber War” missive was based on what I saw as an initial thawing of the
“political ice” that was the foundation of the 30 year-old battle between hardcore environmental groups and conservative land-use interests.

It was also the early dawning of stakeholder meetings and/or collaborative efforts between diverse user groups and land agencies.  I believe those primal collaborations established a framework for the current and widely embraced stakeholder process where traditional multiple-use/environmental interests  seek to find common ground on public land recreation and resource management issues.

Since 2001, there has been a rapid growth in several recreation activities such as mountain-biking or eBike/eMTB use that may have been or need to be more substantively engaged in the collaborative process.  Other eTrail vehicle manufacturers and users also need to participate.

Side x Side enthusiasts are another group that is often not engaged and hence under-represented in the “early scoping” stakeholder process for land-use planning efforts.

User engagement is critical since there are a number of local, state, and federal land agencies or other stakeholders that have biased/misguided/outdated views, regulations, or policies related to these new sport modalities.

That information highlights the fact that recreation in most of the country is the number one use of public lands.  It also illustrates the need for trail users of all types to work in a collaborative manner to find common ground on today’s pressing issues such as eBike use on mechanized trails, enhanced MTB trail opportunities, creating legal riding and/or touring routes for SxSs, and securing the commensurate level of funding from legislators for managing all forms of motorized and non-motorized recreation.

The English Oxford Dictionary defines segregation as the action or state of setting someone or something apart from others.

I believe that as the country celebrates Martin Luther King Jr. Day, diverse trail interests and other recreation stakeholders should commit to participate in solution-oriented collaborative efforts where finding common ground is the goal.

Don Amador writes from his office in Oakley, California on OHV recreation and land-use issues.  Don has 28 years of experience in OHV-related recreation management and advocacy.  Don is President of Quiet Warrior Racing, his recreation consulting business.  Don is a contractor to the BlueRibbon Coalition/Sharetrails.org where he serves as their Western Representative.  Don was a 2016 inductee into the Off-Road Motorsports Hall of Fame.
Don may be reached by email at: damador@cwo.com