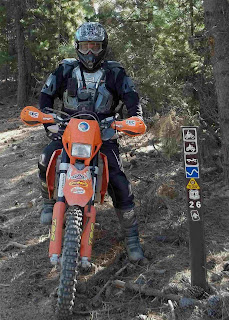 The Recreation HQ wants to join BRC and other recreation groups in saluting the 41 Members of Congress who sent a letter to the Chief of the Forest Service asking him to make sure that recreational activities are included in the new Planning Rule.


BRC News Release on House Letter to the FS
http://www.sharetrails.org/releases/?story=713&filter=media

Congressional Letter to the FS
http://www.sharetrails.org/uploads/11_19_10_USFS_Letter.pdf


In addition, HQ salutes the 70 outdoor recreation groups who also sent a recent letter to the Chief of the Forest Service asking him to promote and protect multiple-use recreation on Forest Service System lands.

Coalition for Recreation in the National Forest’s Letter to the Chief (a good read)
http://www.sharetrails.org/uploads/COALITION-FOR-RECREATION-IN-THE-NATIONAL-FORESTS.PDF

The General appreciates the various OHV groups such as AMA, MIC, SVIA, ARRA, BRC, NOHVCC and many others who signed this important letter. HQ asks you to review who signed this letter and send them a thank you.

As some of you know, there is a lot of hard work (often behind the scenes) underway by a number of OHV groups and individuals to promote and protect responsible OHV recreation on public lands. Much of this work goes unnoticed and underappreciated.

The General is taking special note of the above work and is sending several thank you notes today. HQ hopes you do the same.