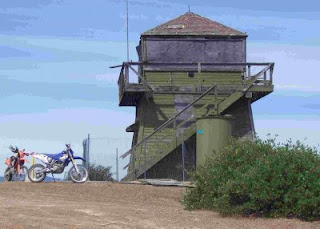 Recently key trail and recreation stakeholders were invited to attend a meeting in Fairfield, California with Region 5/Forest Service where they unveiled Randy Moore’s “Trees and Trails” vision for the future. Randy is the regional forester for R5.

As some of you know, the FS has historically focused on the extractive industry where often "Recreation" is at the bottom of the priority and funding list.

On behalf of the BlueRibbon Coalition, I attended the mid 1990s Forest Congress and the 1999 Recreation Congress where the FS and stakeholders talked about recreation but not much was done.

This Trees and Trails concept is the first FS "recreation" oriented theme/effort of any size/scope that I have seen.

The group voted to move forward with having the agency look at starting a state-wide stakeholders group this year. Also a number of other concepts were voted on.

There was a lot of enthusiasm in the room and it appears the FS and other trail partners want to work together for the good of trails, the forest, and recreation.

I know we have been disappointed in the past with the agency's lack of attention or focus on recreation issues, but I think this appears to be something more substantive and may actually have a chance to succeed. Maybe recreation will no longer be considered as the “crazy uncle in the basement” but rather be invited to sit at the table with the other adults.