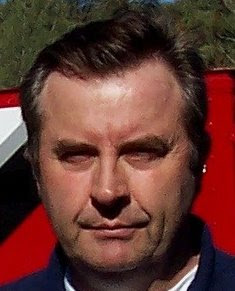 Many already know of the proposed raid by the Governor’s Office and state legislature of almost 90 million dollars from the OHV Trust Fund to help solve the budget crisis in California. This is a very disturbing prospect for me on any number of levels and it shows just how bad the economic situation is in what used to be called the Golden State.

One of my first state-oriented land-use battles in the early 1990s was fighting the Wilson Administration’s raid on the OHV program. Early in that fight, I had received a heads-up from a federal land management employee that they were being told by Region 5 to expect massive cuts in the OHV grants program. Many groups and activists held letter writing and fax campaigns, started a massive state-wide phone-in to the Capitol, and had pro-access US Senators send letters of protest to the Governor’s Office and Resource Agency.

While some may argue the success of those efforts, the fact remains that the OHV Division and grants program continued. Sadly, the monies collected for the acquisition of new riding areas from that time has largely sat in a stagnate account being unspent.

As an OHMVR Commissioner in the mid 1990s, I remember looking at potential sites ranging from Humboldt County, down in the Central Valley, and in So Cal.
Regardless of how rural those sites were, there was ALWAYS some local NIMBY or green citizen’s group that loudly protested to elected officials and the media.

When I asked one of those groups why they were protesting a new OHV site, they would say… “I support OHV but not at this site.” Then I would ask them to ID a site. Their response was always stone cold silence.

Even when properties were acquired between 15-20 years ago -- such as the new properties surrounding the Carnegie State Vehicular Recreation Area near Tracy -- they were protested by anti-access interests. Also with Carnegie, the required CEQA planning was mismanaged to a point where the state is on its third EIR. The good news at Carnegie is that the OHMVR Division has hired a qualified planning group and the state is dedicated to get some wheels-on-the-ground in the next 3 years. The Carnegie OHV Taskforce has been reenergized as well.

More good news is that it appears funding for the OHMVR Division and the grants program to other agencies will remain in 2009 and beyond. So I would encourage riders to let their land-managers know to apply for trail grants this year.

So the question remains what should the OHV community do about the potential raid on the unspent 90 million dollars? Certainly local voters/riders should loudly object to their elected officials about the raid and demand accountability under the Dome.

Or the CORVA Alert
http://www.corva.org/


Elected officials should know that OHVers increased the green sticker fees upon themselves in SB742 as a good faith effort to help maintain off-road opportunities and protect the environment on state, county, and federal lands. A raid on the fund destroys that trust in my opinion.

With that being said and if we have to fish or cut bait, I would suggest that OHV interests consider offering to help the state during this genuine fiscal crisis by supporting a loan (to be paid back in two years). Also, we should ask for an expedited planning or permitting process so OHMVR can purchase new riding opportunities and get them open for use “shovel-ready” in a much shorter time period than the historic 15-20 years.

In the end and in my experience, this legislature often will do what it wants regardless of how loud our collective protest is. However, I think the ultimate solution to this crisis will arise from a blend of justified righteous indignation and forward thinking pro-access tenets on any loan from the OHV program to the state.