Science As a Tool in OHV Recreation 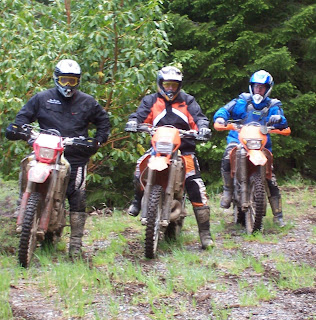 For many years, some of you have listened to me talk about my axiom of land use and heard the now famous quote ... “All land-use planning decisions are political decisions.” That quote is not meant to discount the importance of local involvement, volunteer efforts, offering public comments, advocacy, etc. Rather it is offered as a potent dose of reality to new land use leaders who are trying to figure out the federal land management decision-making process. And, to present an explanation of how/why that final decision is made. The confusion for many OHVers is often it appears that science, historic use, or common sense had little to do with the decision.

One important, yet often overlooked, effective strategy for championing OHV recreation is proactive support for new OHV-related science projects that may help to provide specific answers/solutions to how OHV recreation is managed on public lands.

One of those very few examples is the almost completed OHV/Northern Spotted Owl Noise Study. The study in its early form started in 2000 with support from BRC, the OHV community, federal agencies, and the CA OHV Program. BRC, AMA Dist. 36, and riders from the Redding Dirt Riders, AMA, Willows Scramblers, CERA, Richmond Ramblers, OMC, Valley Climbers, Hayward MC, Far West, and other clubs helped partner with the U. of Washington, FS, USFWS and others on this ground-breaking study to help offer management solutions regarding permitted OHV events (mostly Enduros) on forested lands inhabited by the Northern Spotted Owl in the Pacific NW (CA, OR, and WA).

Currently, the agencies use old or questionable non-OHV specific information to decide when to cancel an AMA sanctioned enduro (like they just did for the Fools Gold Enduro) or restrict events to the season of year when trails are hot and dusty if an owl nest is found along the trail. It is also expected the new owl science will be used in the Sierra Nevada where the NSO's genetically identical cousin lives… the CA Spotted Owl.

Field research on the OHV/Owl Study was completed in 2008. It is expected the final report will be out later this year. One important note on this project is that it was almost killed twice by anti-access interests who did not like the way the research might turn out.
The first form of the project was successfully stopped in 2003 when the credibility of the federal researcher's work was challenged by an environmental group. In 2007, those same critics almost defunded the current study (and the similar OHV/Goshawk study) during the CA OHV grants process.

Is science a silver bullet for OHV recreation? I think not. But having good science specific to motorized use of public lands is far better than no science or junk science. It should be noted that a similar study related more to general OHV recreation and its impact on the Goshawk should be out later this year as well.