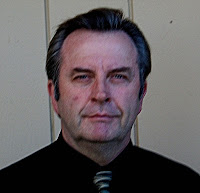 It appears that hostile political forces in Sacramento are on the verge of functionally eliminating the CA Off-Highway Motor Vehicle Recreation Division (OHMVRD) which includes OHV-related grant funding to the Forest Service, BLM, counties, local sheriffs’ departments, non-profit trail and conservation groups, and other partners.

The State Parks Transformation Team is recommending that OHMVRD, which is a separate and highly specialized department, is moved back into the offices of the CA Department of Parks and Recreation (DPR).

In the early 1990s when OHMVRD was located at/in DPR, the OHV program languished in obscurity and irrelevancy while trying to operate under the oppressive bureaucratic thumb of apathetic and/or anti-OHV Resource Agency and DPR leadership.

Even worse, prior to 1982 the entire OHV program was divided up among numerous Parks Department Divisions and had no cohesive element. Employees would work on OHV for a few hours and then move to other unrelated projects. There was no opportunity to develop the expertise and understanding of OHV that has evolved since the legislature saw fit to create a separate Division to oversee the program and an Independent Commission to concentrate on making sure resources are allocated where they are needed to provide a safe and enjoyable OHV experience while protecting California's environment."

It is important to remember that the OHV program has a distinct mission that is often lost in DPR where there has been (and apparently continues today) a corporate or institutional movement to end or severely restrict motorized recreation, MTBs, and horses on DPR lands.

Based on what I know today, I believe the Transformation Team’s proposal has nothing to do with improving government efficiency.   Rather, it is a crass political maneuver to eviscerate the OHV program and lay the groundwork for permanently sunsetting the program on January 1, 2018.

The good news in the dark aforementioned potential future of OHV is that there are millions of motorized recreationists who can speak up as a strong political force against the Transformation Team’s plan.

Your loud voice was heard 20 years ago to save the CA OHV program and now government officials in Sacramento need to hear from you once again!

Don Amador writes on land-use and recreation issues from his office in Oakley, CA.  Don was Chairman of the CA OHMVR Commission in the 1990s.  He may be reached via email at: damador@cwo.com