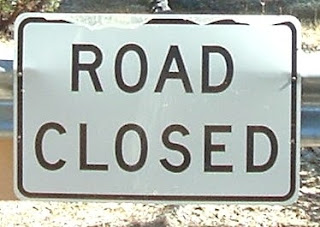 As the green’s continue to quench their thirst (or lust) for road and trail closures throughout the West by filing a flurry of “Subpart A” lawsuits in ID, CA, and NV, the HQ was not surprised today when it read about the enviros filing yet another Subpart A lawsuit against the Pike-San Isabel National Forest in Colorado.

Copy of Complaint filed in CO (go to page 27 - #78 where it talks about TMR "minimization criteiria" which is code for linking funding to road and trail miles)
http://www.scribd.com/doc/47848150/National-Forest-Roads-Lawsuit

For those if you who follow blogs at the Recreation HQ, this issue is nothing new. In fact, HQ has a rather impressive archive of the new Subpart A legal fights.

Subpart A Lawsuit Filed in CA and the Green’s Lust for Closures
http://thegeneralsrecreationden.blogspot.com/2010/08/new-green-subpart-lawsuit-shows-lust.html

OHV Interests have intervened in the CA case as outlined on page 20 in the Jan. 2011 Issue of the online BRC Magazine. The was no financial support from OHV interests in ID to intervene in that Subpart A case… we can’t let that happen anywhere else.

Stanislaus TMR Suit (U.S. Eastern District of
California). Recall BlueRibbon and other multiple-use
interests including the California Association of 4
Wheel Drive Clubs, Modesto Dirt Riders, Modesto
Houndsmen, District 36 Motorcycle Sports
Committee and CORVA moved to intervene. This
case involves a challenge to the Stanislaus National
Forest Travel Management Plan, primarily raising the
“subpart A” issue suddenly popular in the preservation
community. The parties successfully reached a
stipulation on the motion, allowing the Recreation
Groups into the case under the same basic terms as in
the Eldorado litigation, which is also pending in the
Eastern District of California. The case is on a
relatively quick schedule, with briefing to begin in
February, conclude on March 20, and oral argument
already set for March 27, 2011.


BRC is working with NV recreation interests to see if they will support an intervention in the Bridgeport lawsuit. HQ expects that OHV interests will have to intervene in the CO case as well. This is important stuff folks, as the greens continue to shop for a court that will link the miles of roads/trails that the public can use to funds appropriated by Congress with no consideration for the needs of the public or the resource.
Posted by Don Amador at 1:16 PM