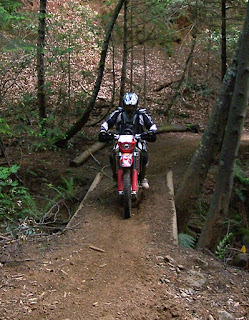 The Recreation HQ wants to join other recreation and multiple-use groups in response to today’s release of the Forest Service Planning Rule.

While BRC and other multiple-use interests review this document, HQ is concerned about how OHV recreation and recreation in general will be prioritized.


HQ is also concerned about how the Planning Rule implements trail-related aspects of the Endangered Species Act and Clean Water Act particularly within 100 ft. of a stream course. As some of you know, “recreation” was not even a topic of discussion during the early and mid segments of new planning rule.

Stay tuned and engaged as this most certainly could have long-term negative impacts (intended or unintended) on motorized recreation. 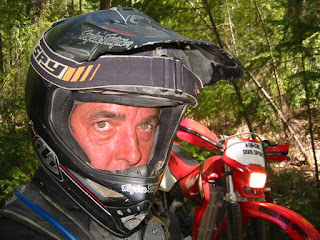 The Recreation HQ was shocked today when it learned of the passing of Troy Rauh (above photo). Troy was a true trail champion and off-road hero of mine. He was also a member of the Redding Dirt Riders.


HQ wants to extend our heartfelt condolences to the Rauh Family. Troy will be missed. 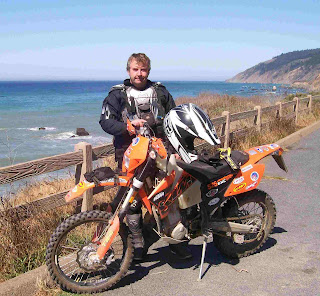 The Recreation HQ is issuing an Action Alert regarding the proposal by Yolo County to abandon Road 40. This is a popular motorized access route for dual-sport/adventure riders and 4WDers to access the Knoxville OHV Area from Yolo County. It also provides motorized access for public land non-motorized activities such as camping and hiking at Buck Island, Blue Ridge South, and Fiske Creek.


Yolo County is proposing to abandon Road 40 based on a request from the Homestake Mining Company. Over the years, HQ has received a number of emails from adventure riders who enjoy this route. The public comment period ends January 25, 2012.

Please send your commentS to:

Tuleyome, a conservation organization, has also weighed in with a support letter asking Yolo County to keep Road 40 open for both motorized and non-motorized users.

Thanks for your attention to this access matter in Yolo County. 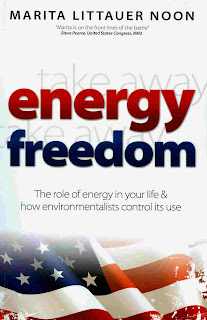 On occasion, HQ reviews a book that may help recreationists understand the complex world of the Green Conflict Industrial Complex (GCIC). GCIC consists of a collaborative process by which extreme environmental groups work with their counterparts in academia, government agencies, media, courts, and elected office to impose their vision (or nightmare) of how you should live.


Many trail users new to the fight don’t have the time to wade through the many exhaustive literary monuments written on this subject. Lucky for us that noted author and speaker, Marita Noon, has taken the time to pen an easy to read and understand book.  Marita takes the reader on a 2-hour journey on how the common thread of “energy control” runs through every issue from the price of fuel to the Northern Spotted Owl.

Her book, Energy Freedom, is a must read for those who are engaged (regardless of your experience) in the current land-use debate. Off-roaders, government agency staff, elected officials, outdoor interests, and even environmentalists will gain insight by spending time with this book.

HQ considers Marita a friend and fellow champion in the fight against GCIC and encourages you to pick up her book and get a good dose of “Energy and Freedom.”

Energy and Freedom at Amazon.com
http://www.amazon.com/s/ref=nb_sb_noss?url=search-alias%3Dstripbooks&field-keywords=marita+noon&x=15&y=18

For those of you who want to understand the challenges of being an effective land-use professional, I encourage you to read NIMBY Wars as well.

Thanks for your service! 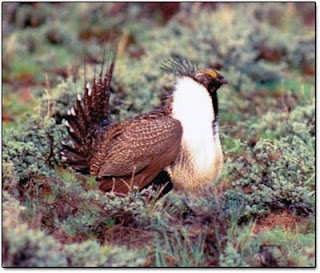 The Recreation HQ wants to send out a quick update today regarding a federal planning effort related to the Sage Grouse. HQ believes it could be the rangeland version of the Northern Spotted Owl controversy that shut down the lumber industry during the Timber Wars (circa 1990-2000).

HQ believes it is critically important for OHV users to get engaged in this process since the potential impact to OHV use -- particularly OHV events -- is huge.

Be assured HQ will be monitoring this issue.

Thanks for your attention to this matter.
Posted by Don Amador at 10:53 AM No comments: 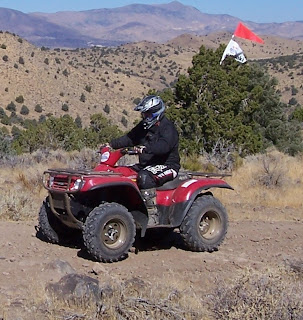 Let's Designate this OHV site as a National Recreation Area!
OK you guys and gals, vacation is over and its time to hit trail access issues again. Our good friends over at the Pine Nut Mountains Trail Association have been working hard on a multi-faceted land-use proposal near Carson City, NV. It is what I call your newer 21st Century land bill that should have something in it for all interest groups.

On the West side of Douglas County there is a proposal for watershed conservation-protection and on the East side is a Wilderness proposal. However, right in the middle is the popular Pine Nut Mountains where there is a lot of historic OHV recreation. Off-roaders also come from CA and OR to ride there.

PNMTA has come up with a proposal so that OHV recreation is protected by asking Congress to designate that site as a National Recreation Area where OHV use is a prescribed use. They are asking riders who frequent the area to contact Douglas County officials and the project’s facilitators. Yes, I FAXed and emailed in my letter already – it was easy.

Motorized OHV recreation should be a prescribed use based on the current existing road and trail network. Without this designation, I am concerned that a future Congressional Bill could enlarge the proposed Burbank Canyon Wilderness into the current OHV riding area

I believe this will permanently protect Douglas County’s reputation as a top quality outdoor recreation area. It will also provide long-term financial benefits to the local economy.

Dominique and Jacques are the contractors collecting the comments.

Thanks for taking time to weigh in on this important issue.