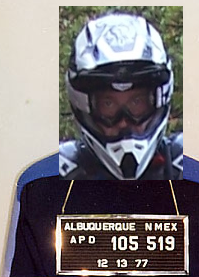 Since the Sac Bee’s journalist embarrassments on “crime” in CA State Parks hit the newsstands this last weekend followed by a politically motivated Opinion published shortly thereafter, HQ has been doing an investigation and trying to burrow down through the case to get some facts.

HQ’s review of the almost 6,000 crimes cited in the July 27 Sac Bee Opinion at Oceano Dunes State Vehicular Recreation Area shows only 255 were serious crimes such as DUIs or vehicle theft. Most of them were “visitor contacts” where a ranger helped a stuck vehicle, issued a warning to for a rider to wear a helmet on an ATV, checked a green sticker, responded to a report of a sick sea gull, or responded to a report of a raccoon stealing a lunch sack.

The General was not the only political observer to question the bogus news articles. The folks at Cal Watchdog published a great article that is worth the read.

HQ thanks Cal Watchdog for publishing The General’s Op Ed on this issue since it appears mainstream media spiked our collective responses to the articles.

HQ is hopeful that State Parks will issue a rebuttal or clarification of the Bee’s dishonest reporting.

Addressing serous crime issues on public and private lands is something we all can support. However, crisis mongering by the media to push a political agenda is not acceptable and has been rightfully called out.

Visitor contacts are not a crime and should be encouraged.
Posted by Don Amador at 6:43 AM