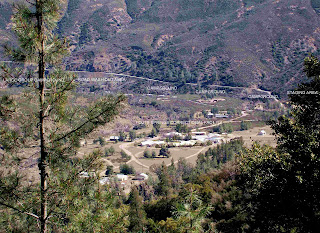 Correctional Facility in Middle of Family Camping Area
HQ wanted to alert riders about S. 1571 (Deafy Glady/Fouts Springs Boys Ranch Land Exchange Bill) being in the current version of the Omnibus Lands Bill for 2010. It is found in Title XXXII – Land Conveyences and Exchanges


Here is history, letters, photo of the S. 1571 Issue
http://thegeneralsrecreationden.blogspot.com/2010/04/hearing-today-on-land-exchange-bill-at.html

The General on behalf of BRC has opposed this bill because it would transfer ownership of the 80-acre Fouts Youth Correctional Facility from the Forest Service to Solano County. While that may not seem like such a big deal, it could be devastating to the OHV program there because if the County decides to sell it (it has never been profitable) to an anti-OHV purchaser like Robert Redford… then OHV would be considered a non-compatible use and the area would be eventually closed. Remember that ALL land use decisions are political and an owner like Redford of Jane Fonda – with both financial and political power - would spell the end of OHV use there.

Let’s hope all the letters that BRC, AMA, ARRA, QWR, D36ers, CAL4, and Pirate4x4 members have sent will encourage GOP senators to block this Omnibus Bill.


PS- Yes they do have escapees – Just had one get away during the WFO Enduro.  Not cool!
Posted by Don Amador at 7:34 AM