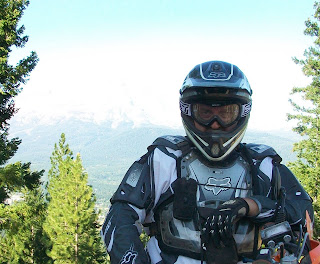 Good news from HQ. Over the past several years, riders have asked why BRC does not file complaints instead of just intervening? Well, that is a complicated issue but to make it simple, it is harder than most realize to win against the federal government. Even green groups lose a lot of the time. And it is far more challenging for access interests to win OHV/access complaints against the federal government.

One reason is that current environmental law (ESA, CWA, etc) and the courts give a huge edge to suits filed by green groups. OHV does not have its version of ESA upon which to base a lawsuit. However, this case presented a rare opportunity to allege arbitrary road closures without a public process and that the MVUM was adopted without following proper procedure.

As some riders know, The General (on behalf of BRC) has been working on federal access issues on the CA North Coast since the late 1990s. One of those issues was the rumored Smith River NRA's habit of closing or permanently decommissioning roads without public notification. Also, HQ heard concerns
about a number of historic jeep trails that were closed in the recent MVUM.

To the agency's credit they convened a stakeholder group that was professionally facilitated by the Center for Collaborative Policy. The Center held the group's feet to the fire to participate in a substantive
manner to resolve access issues on a number of roads including 305.125 (see video)

HQ believes the collaborative process also helped the agency in its decision to inform the parties before it performs "ground-disturbing activities" to permanently remove a road from public use.

In OHV Wars this is one small step forward that we all should enjoy. Even my enviro friends should feel some pride that we collectively were able to sit down and hash out some very contentious issues in a civil manner.

If you want to support the work of Don Amador as BRC Western Representative on projects like the Six Rivers to do the foot work in preparation of the administrative record (i.e. prep. for suit/appeals) etc., please go online below and type in “western rep. expenses” (that helps support my work at BRC)
https://www.sharetrails.org/secure/join_or_contribute/?c=1

Thanks for your service!
Posted by Don Amador at 9:07 AM