Thanksgiving Thoughts and Best Wishes from the Recreation HQ 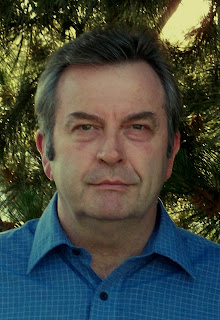 I believe fans of OHV recreation in general and those who ride at Carnegie SVRA specifically have a lot to be grateful for during this Thanksgiving Season.


I attended the induction of Clark Collins to the AMA Hall of Fame this weekend in Las Vegas. Collins founded the BlueRibbon Coalition in his garage in 1987. It was a one-man show at that time. He was prompted to start the BRC to fight land closures because the then Governor of Idaho told him at a land-use meeting that off-roaders were politically insignificant.

The Governor was right. At that time, OHV was not very well organized and in many cases did not even have a “seat at the table” when it came to the land-use debate. Radical environmentalists were emboldened by the passage of the 1984 Wilderness Act that created new designated Wilderness areas (remember that motorized and mechanized uses are banned there) throughout the country. Many high-quality single-track and jeep routes in the Sierra and Coast Range were closed by that legislation.

Then in the early 1990s, over 7 million acres of sand and desert riding were closed by the California Desert Protection Act.

I was there during the S21 fight and the loss of that land still stings and is a force that drives me today.

I could go on and on with a long OHV history lesson, but I won’t do it at this time. Rather, the OHV community should be proud that we no longer are viewed as a weak opponent by the radical environmental movement, land agencies, legislators, or the media.

On the federal level, anti-OHV House committee chairmen were replaced on November 2 by pro-access and pro-recreation legislators. Instead of the House holding hearings about why more lands are not being closed to motorized use, I expect to see hearings about why the agencies are closing roads and trails including the ongoing closure at Clear Creek.

I also expect to see the House try and reform the way environmental law firms are rewarded when they sue and then have their attorney fees paid for by the taxpayer.

On the state level, we have a strong OHV program (SB 742) that was put into place in 2007/2008 with a ten-year sunset. While it may continue to be attacked, the OHV community is well positioned to fend off those blows.

Be assured there will be many future battles to fight on both the state and federal levels. But on this Thanksgiving, let us be genuinely grateful for families, friends, our troops, and the fact that OHV is no longer a wallflower at the great public land-use dance, but an active and engaged participant in that venue.
Posted by Don Amador at 7:24 AM